A three-dimensional wavelet multi-resolution analysis of direct numerical simulations of a turbulent premixed ﬂame is performed in order to investigate the spatially localized spectral transfer of kinetic energy across scales in the vicinity of the ﬂame front. A formulation is developed that addresses the compressible spectral dynamics of the kinetic energy in wavelet space. The wavelet basis enables the examination of local energy spectra, along with inter-scale and subﬁlter-scale (SFS) cumulative energy ﬂuxes across a scale cutoff, all quantities being available either unconditioned or conditioned on the local instantaneous value of the progress variable across the ﬂame brush. The results include the quantiﬁcation of mean spectral values and associated spatial variabilities. The energy spectra undergo, in most locations in the ﬂame brush, a precipitous drop that starts at scales of the same order as the characteristic ﬂame scale and continues to smaller scales, even though the corresponding decrease of the mean spectra is much more gradual. The mean convective inter-scale ﬂux indicates that convection increases the energy of small scales, although it does so in a non-conservative manner due to the high aspect ratio of the grid, which limits the maximum scale level that can be used in the wavelet transform, and to the non-periodic boundary conditions, which exchange energy through surface forces, as explicitly elucidated by the formulation. The mean pressure-gradient inter-scale ﬂux extracts energy from intermediate scales of the same order as the characteristic ﬂame scale, and injects energy in the smaller and larger scales. The local SFS-cumulative contribution of the convective and pressure-gradient mechanisms of energy transfer across a given cutoff scale imposed by a wavelet ﬁlter is analysed. The local SFS-cumulative energy ﬂux is such that the subﬁlter scales upstream from the ﬂame always receive energy on average. Conversely, within the ﬂame brush, energy is drained on average from the subﬁlter scales by convective and pressure-gradient effects most intensely when the ﬁlter cutoff is larger than the characteristic ﬂame scale. 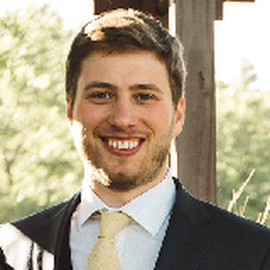 Colin is a former research associate in the Paul M. Rady Department of Mechanical Engineering at the University of Colorado Boulder and also a former student in the Turbulence and Energy Systems Laboratory, earned his PhD in May 2018. 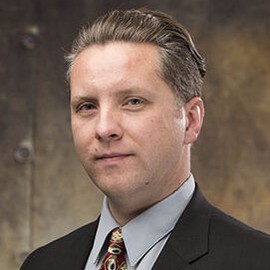